This anniversary year, marks a double-bill year for the award-winning MK SNAP, as it is also MK Mayor’s Charity of the Year.

This is followed by a host of celebrations and special events in Milton Keynes including National Disability Day on July 14. A special awareness raising event takes place at The Rose in Campbell Park from 10am on Thursday.

On Friday and Saturday (July 15 & 16) original canvas art work and photography by MK SNAP learners will showcase for the first time at the event space at MK Gallery from 10am to 4 pm.

On Saturday the Bucks Star Beer Mini Festival takes place in Stonebridge in aid of MK SNAP from 12 noon. Bring family and friends along and celebrate, listen to great musicians, taste amazing street food and see what local artisans have made.

On July 20, a special inclusive cricket match inviting all disability groups across the city takes place on the playing field by the MK SNAP centre in Walnut Tree.

On 8 October the charity celebrates three decades with the Mayors Anniversary Ball at Woburn Golf club.

In 1992, MK SNAP became a registered charity and after more than ten years at Kiln Farm, demand for places meant a larger home needed to be found.

In 2003 a 2.5-million-pound appeal for a new purpose-built premise was launched. It attracted fantastic support from the business community and individuals across Milton Keynes and opened in 2008 and has supported hundreds of young people with learning disabilities build their skills and confidence to realise their full potential and live more independently in our community.

MK SNAP’s CEO, Angela Novell said: “The charity exists because of the vision and dedication of a small group of volunteers who wanted more for their loved ones; wanted a better life for people with learning disabilities.”

“We are proud of our rich heritage and we are sincerely grateful to the good people and businesses in our community that continue to help and support our vital work,” Angela added.

MK SNAP’s 30-year history will be brought to life in an exhibition of past and present memories at the central library in September with partnership with MK Heritage Open Days.

The ethos of MK SNAP is simple, the more opportunities that are available to people, the more likely they are to discover new talents and skills which have the potential to change lives. 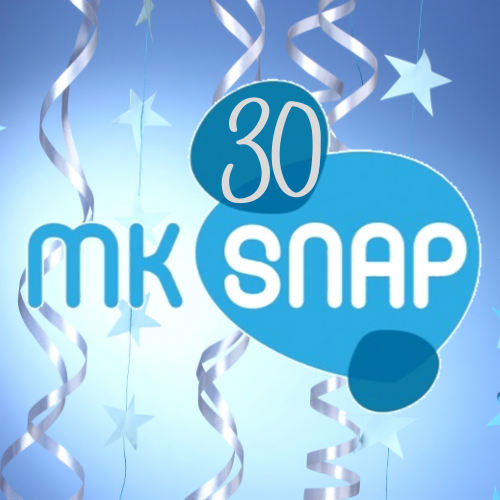